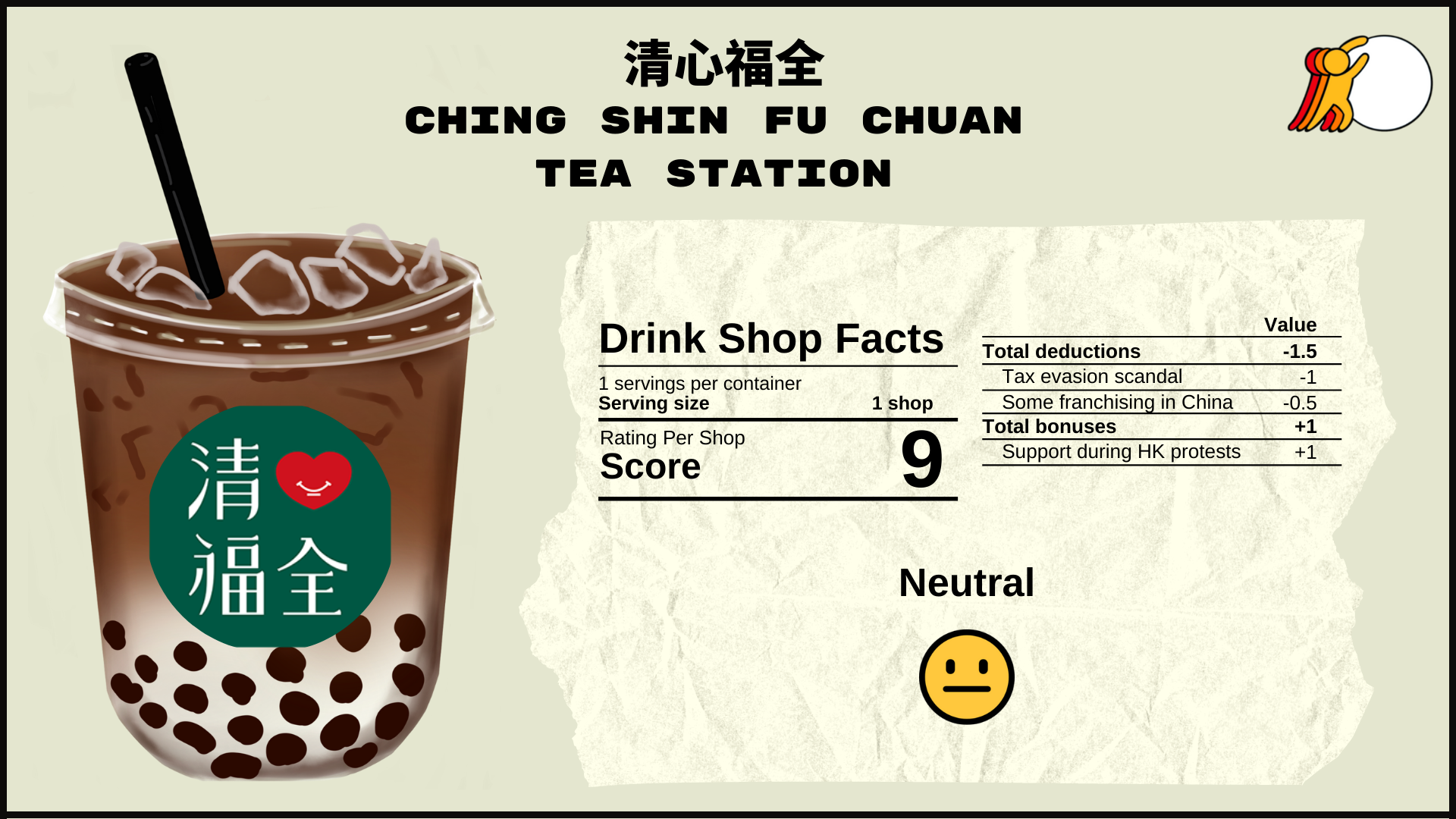 Ching-Hsing Fu-Chuan is a drink shop chain that originated in Tainan, Taiwan. Currently, there are branches in all Taiwanese cities with the exception of Penghu, Matsu, Lanyu and other outer islands.¹

2016 Violation of the Labour Standards Act

Ching-Hsin Fu-Chuan was found to be in violation of Article 26 of the Labour Standards Act and subsequently penalized. ²

In recent years, China has continuously taken action to bully Taiwan and has launched “witch hunts” against international companies. Taiwanese drink shop chains are the latest in the line of fire, with Chinese netizens labelling several drink shops as being “pro-independence”. Many brands have come out in support of the “One-China” policy in order to appease the Chinese market and continue securing Chinese revenue. Following Yifang Fruit Tea’s public internet post supporting “One China Two Systems”, many other Taiwanese drink shop chains have been implicated in the controversy as well.³

In response, Taiwanese netizens have curated lists of drink shops that are pro-Taiwan, which Ching-Hsin Fu-Chuan has been included in. “Let’s support each other fully, and continue to love Taiwan”.⁴