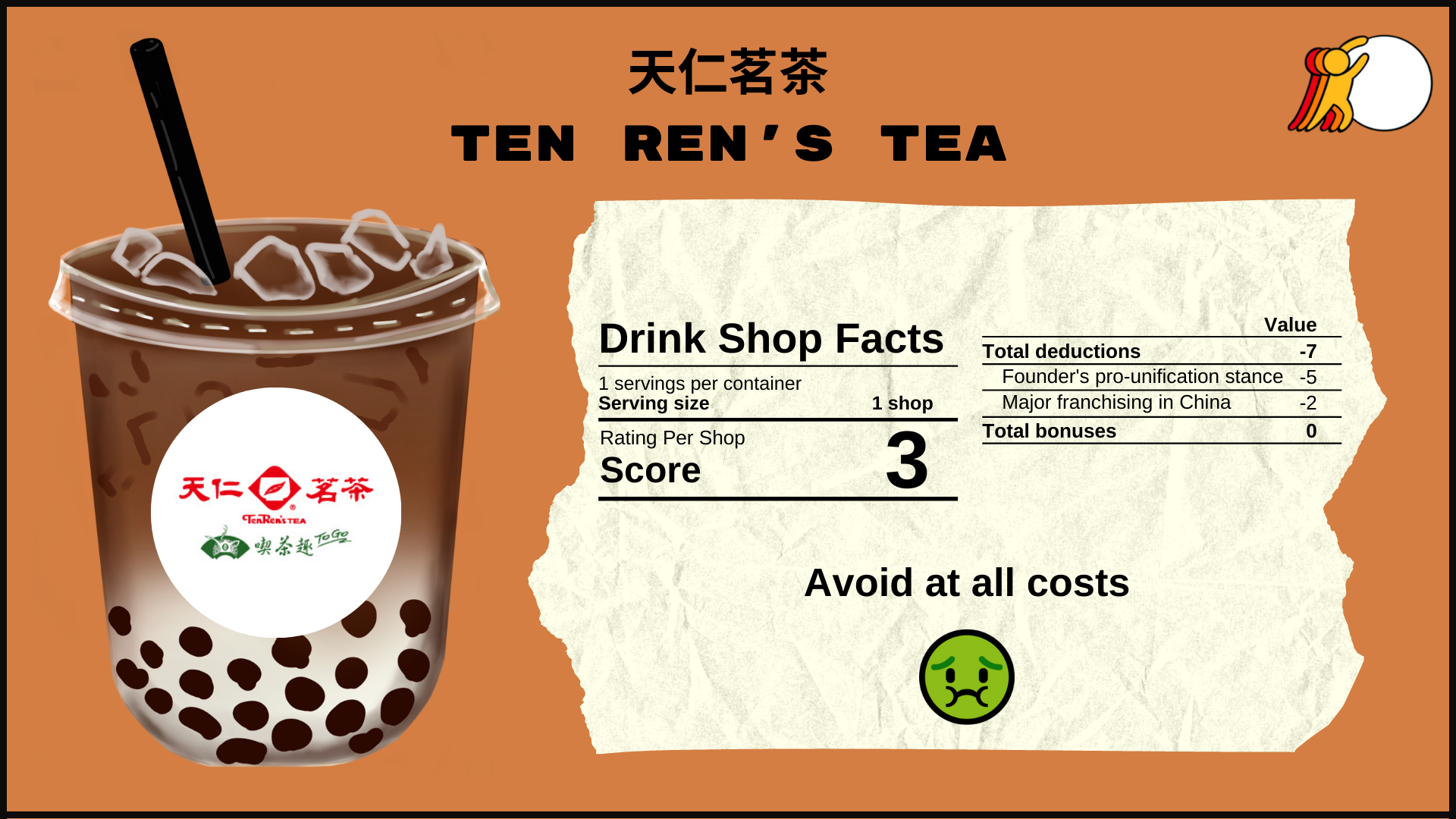 In 1961, Lee Rui-he founded the first “Ten Ren’s Tea” in Tainan. In the forty years since then, as Taiwan’s economy has grown and taken off, so too has Ten Ren’s business; not only have they expanded into overseas markets, they have also expanded into other related industries. In 1993, Ten Ren’s chose to start “Ten Fu Tea” in China, and currently there are over 1370 Ten Fu shops in China – Lee successfully created the number one brand for Chinese tea leaves. ¹

On his 83rd birthday, Lee Rui-he passionately said: ”Our country spent sixty to seventy years to go from ‘standing up’ to ‘prospering’ to ‘becoming stronger’. I not only witnessed this process, but also participated in it.” He hopes to see the unification of China and Taiwan before he passes, and hopes that his home Taiwan can become a ‘utopia’ for all Chinese people, because it’s full of humanity, it’s secure, cultured, and passionate…

Lee has expressed that after the “Ten Ren’s stock crisis,” he only had two choices left: one was to retire and move to America to live out the remainder of his years; the second choice was to reflect and restart his business. Stubborn and unwilling to admit defeat, Lee chose to restart his business in China: “If I have to start over again, I can only choose my motherland, China; it was my only path to survival.”

At that time, the Taiwanese government was opposed to Taiwanese investors moving into the Chinese market, and tea leaves were one of the restricted categories. Under his good friend’s recommendation, Lee successfully applied for a US green card, and bypassed Taiwanese laws and restrictions as a foreign investor in China.

In his over eighty years over life, Lee Rui-he experienced Japanese colonization, Taiwanese restoration, the establishment of a New China, and witnessed his motherland go from ‘standing up’ to ‘prospering’ to ‘becoming strong.’ “Since the revolution in motherland China, we have become more powerful by the day, working towards the glorious revolution of the Chinese people. I am proud to be Chinese.”