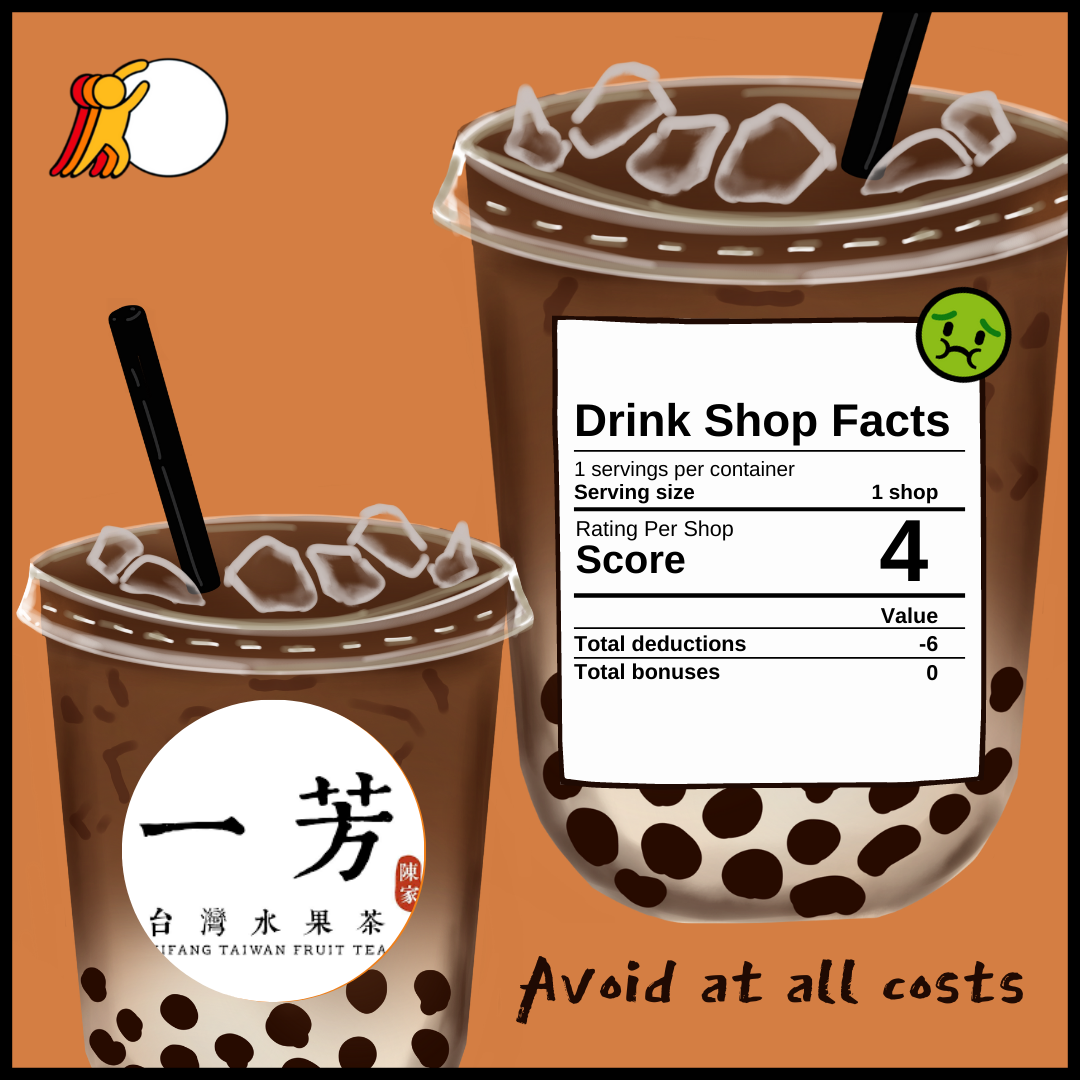 “Yifang’s team is a group of idealistic millennials who put 200% spirit and effort into building and maintaining Yifang. With a passion for promoting a return to tradition and the retro, they are committed to researching and developing teas that exemplify Taiwan’s tea culture and promoting Taiwanese tea to the world. Yifang’s fruit teas inherit the founder’s grandmother’s nickname and secret recipe; using seasonal fruits and fresh produce, the brand revives old classics with new flavour.” ¹

In recent years, China has continuously taken action to bully Taiwan and has launched “witch hunts” against international companies. In 2019, Taiwanese drink shop chains were the latest in the line of fire, with Chinese netizens labelling several drink shops as being “pro-independence”. Many brands had come out in support of the “One-China” policy in order to appease the Chinese market and continue securing Chinese revenue. Following Yifang Fruit Tea’s public internet post supporting “One Country Two Systems”, many other Taiwanese drink shop chains were implicated in the controversy as well. ² 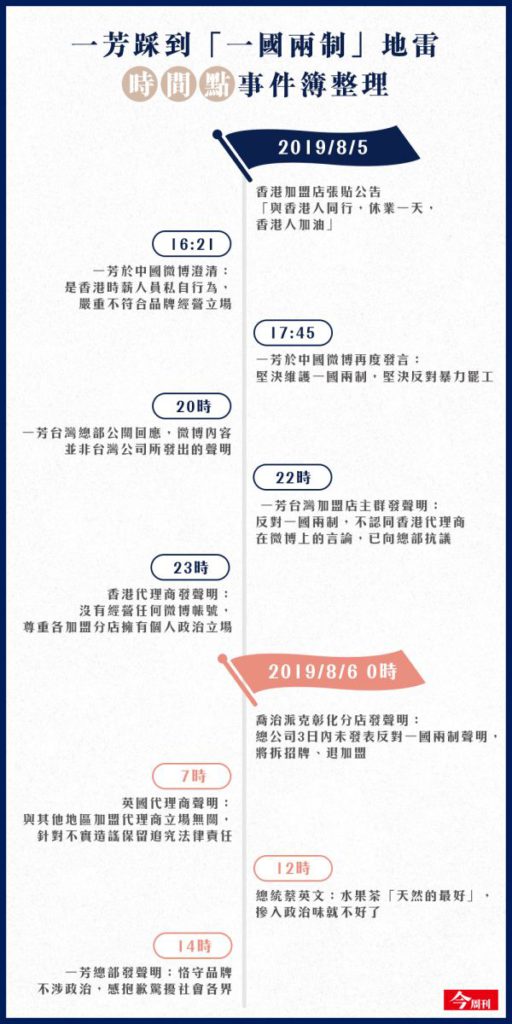 Yifang Fruit Tea initially posted in support of the “One Country Two Systems” policy on Weibo, expressing disapproval of the Hong Kong protests and strikes, leading to condemnation by netizens. The controversy spread to Yifang’s other franchises, including the brand “Georg Peck”, to the point where franchise owners expressed discontent for being dragged into the controversy. 21 hours after the initial post, Yifang’s headquarters in Taiwan made an official public apology for the affair. ³

Yifang’s head representative in Hong Kong clarified that they don’t use Weibo, but failed to respond directly to questions of who made the original Weibo post. Yifang Taiwan apologized 21 hours after the controversy broke out, stating that HQ would strengthen communication with all franchises and abide by the brand’s philosophy of “not getting involved in politics.” ⁴

In violation of the Act Governing Food Safety and Sanitation

In the second wave of inspections of 2017, the Taipei City Health Bureau tested 211 samples, of which 15 ice products did not meet hygiene standards even after re-sampling. Yifang shops in Beitou District, Taipei City exceeded the standard for E. coli count, in violation of Article 17 and Article 48 of the Act Governing Food Safety and Sanitation. ⁵

2021,an Yifang shop in Taichung was found to be in violation of Article 28 Item 1 of the Act Governing Food Safety and Sanitation. ⁶

YiFang’s revenue ranking among Taiwan’s drink shop companies has declined considerably since 2019. YiFang fell from its stable position in the top 10 to the even dropping out of the top 20.
In August 2019, YiFang had 1,187 branches in China and 178 in Taiwan. Three months after the incident, YiFang’s revenue was reported only 30% of prior periods; 30 branches were closed, and losses exceeded 50 million NTD. As of August 2021, there are only about 40 branches left in Taiwan.⁸ ⁹